The 33rd Sanicole Airshow 2009 can definitely be called a success! An estimated 35 000 visitors came to the airfield of Hechtel to witness the yearly airshow held there. An absolute record, so it seems.

Some highlights of the show were: the Vulcan, Patrouille Suisse, and the Blades, the latter which threw in a bonus for the audience, as they flew in a never-seen formation with a Boeing 737 from Jetair. Additionally, this year's show teamed up with the international NATO Tiger Meet. 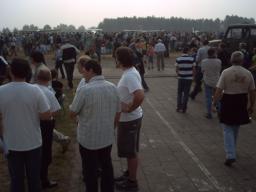 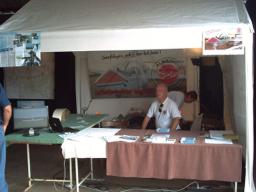 It's on this succesful airshow where Albatros, along with two other soaring clubs from Limburg (province of Belgium), presented the Liga van Vlaamse Zweefvliegclubs.

The three clubs have joined forces in order to put a spotlight on soaring with a nicely constructed booth. For one, a Jeans Astir was displayed, and many pictures were shown of soaring in its natural habitat.

We kept massive amounts of nice reactions from the audience, and we now hope that visitors have had a positive impression of what soaring actually is all about. 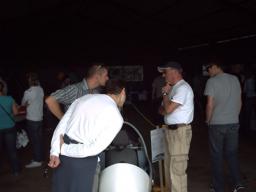 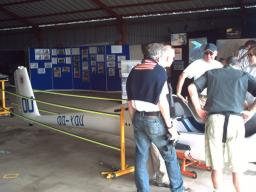 More pictures can be found in this gallery.

Translated from its original.