Half-Life 2, already been considered by many organization and reviewers as the best fps, is been continued by episodic releases. The first one, episode one, takes place right after the events of the original Half-Life 2, where the Citadel's portal has been destroyed, and the G-man (as we all came to know him) wants to return Gordon to the eternal void to wait in stasis, just like what's happening between Half-Life and Half-Life 2. Only this time, the Vortigaunts, the alien species who were enslaved before by the Combine, and were inadvertently freed by Gordon at the end of the first Half-Life, did not agree with G-Man's plans and both Alyx and Gordon end up right outside the Citadel's walls, far from the destructive explosion of the portal core at the top. With an imminent meltdown of the Citadel's dark matter reactor, the race begins to get out of City 17 and as far from the blast as possible... 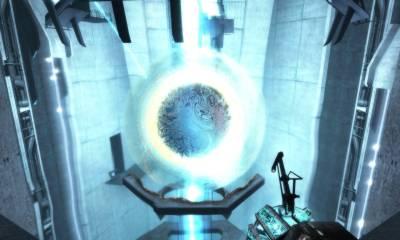 For those that have played Half-Life 2, know pretty much what to expect, as Episode One is in fact a continuation of the story, which means, a lot of similar locations (it all takes place in City 17), and more or less the same baddies, puzzles and hazardous environments...
Now don't take this in a bad way, on the contrary. While the game doesn't bring new content, it's the same content style as Half-Life 2, which makes it all worth while. In fact, the more important thing here is the story, and not so much the introduction of new game content, which is the aim of the game in the first place (or so I'm told).

But Valve wouldn't be Valve if it didn't introduce at least a minor amount of new things. The most notable change in appearance is the presence of Source's new HDR shader. While already been displayed in the playable techdemo Half-Life 2: Lost Coast, it's now used in a real game. HDR makes the game visually more appealing by adding more realistic lighting environments: bright lights glare more, and looking at the sun gives a realistic blind, among other things.

The gameplay aspects haven't really changed, except for one "little" detail: the overmost part of the game, you are accompanied by Alyx, and since she can't die, and knows how to shoot things, she's a welcome help, especially since the trip across City 17 has suddenly become more challenging than in Half-Life 2 (which was HL2's only downside). Even with Alyx's help, you still need to be very vigilant of all the dangers you'll encounter during the trip. Quick reflexes, and fast thinking are required, more than in the original. 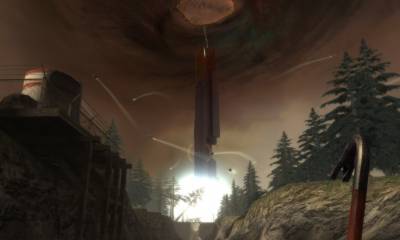 The game is quite short to be said: it only contains 6 chapters, good for four to six hours of gameplay. Luckily, this isn't really a downside to the game, as it's episodic, and you know you won't have to wait around like forever for the next episode to be released. Moreover, the game's price, which is significantly less than any other game, makes up for it.
In particular, the game's story also introduces some new elements, raising questions which are not yet answered, at least not in this episode. This makes one hunger for more; quite frankly, if the following episodes are as good as this first one, it's actually quite a good thing, and at least it will be the topic of many discussions...

The conclusion? Half-Life 2 Episode One is a must-have for all Half-Life fans, whether they're a little bit fan, or they're big fans.