There are several ways to disable automount.

Open an elevated command prompt and run either:

This will turn off automount so volumes will not be mounted automatically on a next reboot.

You can verify (and set) the automount status through the registry. Look at the value of HKEY_LOCAL_MACHINE\SYSTEM\CurrentControlSe  ...

A note about installing the drivers for the Dell PowerVault TL2000/4000 on a Windows 2012 machine.

You can download the firmware from the Dell Support website. After extracting the package, do not install the driver using Device Manager. Doing so will not properly install the drivers (results in error code 37). Instead, install them using the included executable (install_nonexclusive.exe). Running this (elevated) will install the drivers the proper way, and the devices will start correctly.

Issues after upgrading BIOS to F.46 on a HP Folio 9470m
edited by on August 21st 2013, at 10:18
I've encountered several issues on different HP Elitebook Folio 9470m ultrabooks, after updating the BIOS to its latest version (F.46).

One series of ultrabooks with an Intel Hybrid HD (with SSD cache) suddenly stopped working with a BSOD and refused to startup. Reinstallation with the original DVD oddly failed as well, either during installation, or after installing drivers. We've worked around the issue by using a Microsoft (non-HP) DVD to install Windows 8, then download the latest drivers from the HP site.

Another ultrabook with an SSD had another problem altogether, but still related to the BIOS update. After the update, USB devices started to fail intermittently. Both the   ...

When a backup is still indicated to run but isn't really (e.g. after a server crash or media failure), you can try to stop the backup by running the stop command using wbadmin (from an elevated command prompt):

However, this sometimes does not work and the command hangs indefinitely. In this case, you can still stop the backup by stopping the Block Level Backup Engine Service service. If the service does not stop, use Task Manager to kill the process wbengine.exe, which does the same thing.

If you have an HP Officejet Pro 8500, and have issues with your prints not maintaining the page layout (portrait or landscape), try enabling Print directly to printer in the printer properties.

Important for PPPoE connections on a Dell Sonicwall: with the current firmwares, the MTU is not automatically lowered to 1492 when using PPPoE as your WAN interface type. By default, it remains on 1500, so you need to manually adjust it to 1492.

This can be done by going in to the interface properties → Advanced, where you'll find a field to set the MTU.

Here are the MMS settings for Proximus (a Belgian carrier):

iPhone users: the maximum message size has to be entered as 300000.

The installation can be performed by manually uninstalling the product using msiexec. This initiates a proper uninstallation procedure, and will result in a silent uninstall of McAfee Enterprise. Depending on the version you're using, adjust the GUID you see here:

How to shutdown Windows 8
edited by on April 29th 2013, at 09:52
Perhaps a silly post, but since the removal of the start menu in Windows 8, there are no more direct ways to shut down your computer. Right now, you have to go through the Charms menu → Settings → Power, and then choose to shut down or restart your computer, making it more of a hassle to turn it off (even worse than pressing Start to stop your computer).
I've gathered several methods and workaround to make the shutdown/restart options a bit more accessible. These are listed in this article. A lot of things I got from other posts on the internet, others I figured out myself.

Like I said earlier, the current way to exit Windows.

From your desktop, call up the Charms menu; that's th  ...

All Apps shortcut for Windows 8
edited by on April 26th 2013, at 09:44
By default, the Start Screen only shows pinned applications. In order to see all applications, there's no direct way to do so. You can start typing something in the Start Screen, then clearing the search box, will provide you with access to the entire start menu, but it's not very convenient. An easier method would be to just have direct access to the "all apps" menu by using a shortcut (or tile if you will).

To do so, create a shortcut (or tile) pointing to:

Place it anywhere you want. When hitting it, it will automatically bring you to the All apps menu. Pinning it to your task bar "sort" of simulat  ...

Outlook can't create file when opening attachment
edited by on April 24th 2013, at 10:18
When attempting to open (not save) an attachment in Outlook, you may get an error similar to:

This is because Outlook's Temp folder is full. Outlook uses a temporary folder for storing attachments prior to opening them, similar to Internet Explorer does. Unfortunately, this folder can become quite large, causing these kind of error messages. Additionally, there's a 100-file limit on attachments which have the same name: e.g. when opening 100 times an attachment with the same name, opening the 101th attachment will fail with the above error.

The only solution is to clean the folder. There are some manual ways to do it, but I found a tool on the internet that does  ... 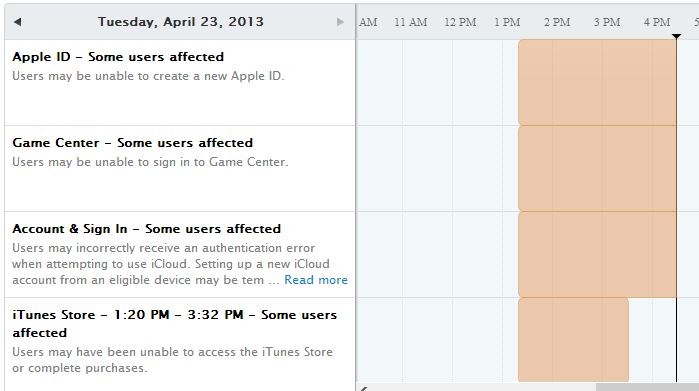 To enable text wrapping inside a <pre> tag, enable this in CSS:

The (rather verbose) logs for the Windows SBS 2008 and 2011 POP3 Connector are located in the folder:

Add your own cmdlets to your PowerShell profile
edited by on April 19th 2013, at 10:23
To make your custom cmdlets (functions) available in your PowerShell sessions, there are a few methods.

To do a one-time import of functions in your current session, store the functions in a PS1-file and save it somewhere. Then, in your session run the following:

Notice the dot and a space behind it. This method, called "dotting" does a one-time import in the current session. This is useful for when you have functions that you don't use often, and don't want them to be available at all times.

An alternative method is to save the functions as a PSM1-file (extension .psm1) to create a module file, then use Import-Module to import your functions.

UPDATE: this article has been merged into Configure DNS for Office 365 using DirectAdmin → Configure Lync Online.

If your to-do bar shows up empty, or only displays a Loading... message, try to start Outlook with the parameter via Start → Run:

Replace username and database with the proper values. Then run this query:

Inside the list is also the procpid, which you will need to kill a running query. To kill, run this query, substituting with the proper procpid:

You can script password changes in linux by using passwd without any additional effort. The syntax for this is:

Starting from 2008, configure the firewall so connections to port 80/tcp are accepted.

Install the following roles:IIS and dependencies

Download and install the 2x Cloud Portal. Select the right